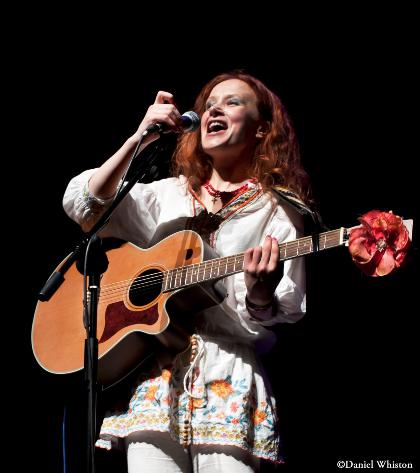 She lives in the UK, performs internationally and has been featured on BBC Radio 3 World on 3 with her band MUHA. Her songs tell timeless stories of love, living & belonging, as well as of the darker side of Eastern European folklore with tales of abandonment, plots, battles, or preparing for death. Her traditional vocal style is lyrical & hypnotic, capturing her audiences’ imaginations to evoke mystical scenes and natural landscapes. Iryna performs & records solo and with her band MUHA

With MUHA and their new album REKA (River) she offers a new way for contemporary Eastern European music influenced by multicultural society in the UK. MUHA combine the melodic beauty of Eastern European folklore, North Indian Kathak rhythms, Cuban beats and original lyrics, and their live act is a musical feast rooted in the Slavonic tradition but cultured from the world.