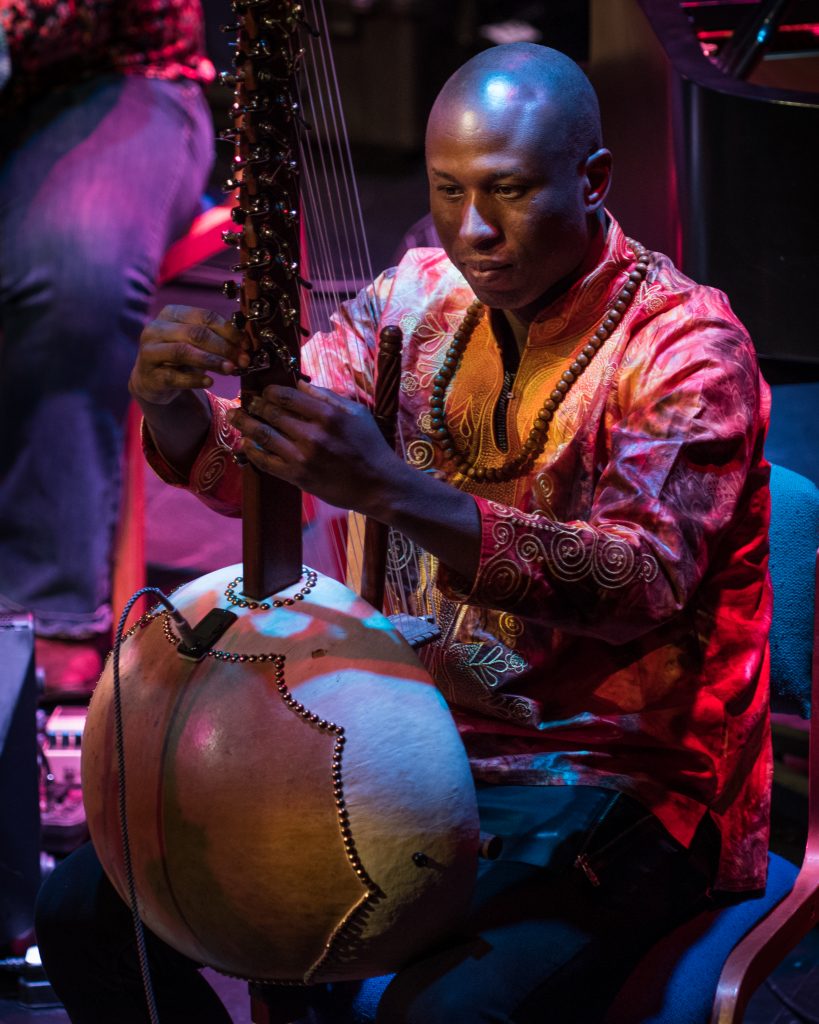 Kadialy’s wonderful music reaches into theatre & film too. He has toured with the RSC’s Julius Caesar production, performed with London Globe Theatre’s We The People & with several Oily Cart children’s theatre productions. He took part in the remaking of the TV series Roots as a musician, cultural consultant and dialect coach.

‘It’s great to hear Kadialy Kouyate firmly back in his own Mandinka territory!
His latest album Na Kitabo (My Book) is rooted in his own Senégalese tradition & has all the hallmarks of a classic in the making’ (Rhythm Passport)
‘Admirable skill & precision’ (Songlines #125)
‘Successful piece of West African Afro-Pop with a message’ (Tropicalidad.be)
https://kadialykouyate.bandcamp.com
https://kouyatekadialy.com
Book now
Scroll to top