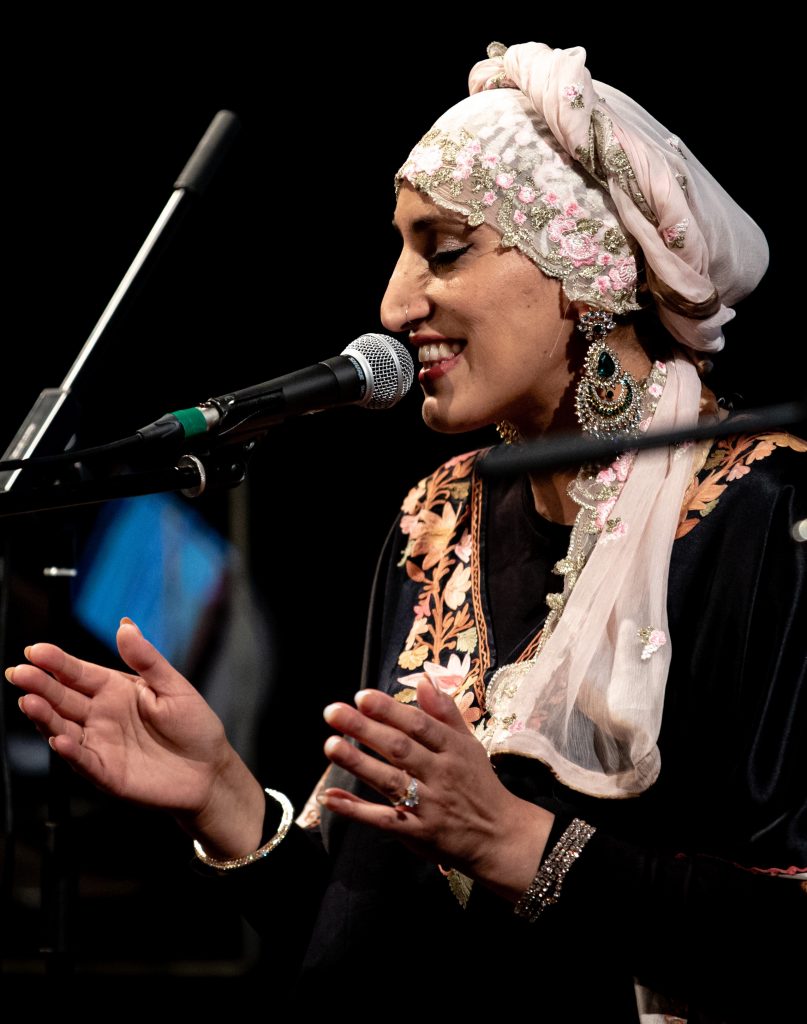 ‘Mesmerising devotional songs’ (The Guardian)
Sufi-soul singer Sarah Yaseen is a Manchester-based singer-songwriter, peace activist, broadcaster and role model, with enduring family roots in Kashmir. As one of only a few female artists to bring the beauty, significance and emotional power of contemporary Islamic nasheed to a wider and now often secular public, Sarah learnt its traditional unaccompanied acappella vocal technique and repertoire from her father the late Sufi Mohammed Yasin.

As a solo artist she performs, broadcasts & records as Sarah the Sufi, singing mainly in Urdu the language of poetry & love, but also in Punjabi, Arabic & English, whilst accompanying herself on acoustic guitar, the 1-string ektara or with Arabic derbuka

Sarah is a radiant & positive force on the current world music scene, as a frontline singer with Womad favourites Rafiki Jazz, with her own back-to-the-roots trio Ruhaani, and with Sufi duo Roses of Fatima, whilst recent collaborations include with Sacred Sounds & the GRRRL and Passerine projects, alongside regular touring as guest singer with Denmark’s all-women global ensemble Radiant Arcadia